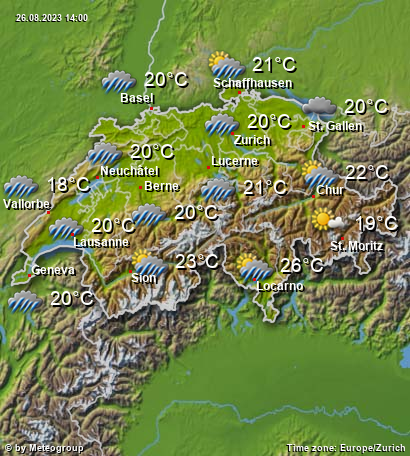 Zurich - Morning temperatures will be around freezing point and will reach a maximum of 5 °C during the day.